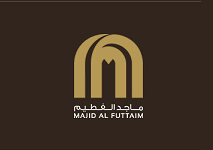 Majid Al Futtaim (MAF), the Dubai-based conglomerate and Carrefour franchise operator in the UAE, is taking the French store brand to Uganda, according to a report in Food Business Africa.

The firm is said to have already secured space at Oasis Mall in the Ugandan capital Kampala for a store selling packaged foods, drinks and household products, alongside other items.

The store debut comes on the back of the first Carrefour launch in neighbouring Kenya in 2016. There are now six Carrefour stores at various locations in the country.

“This announcement brings us a step closer towards realizing our long-term expansion plan for East Africa”, MAF Retail chief executive Hani Weiss said. “Uganda is considered one of the fastest growing economies in Africa”.