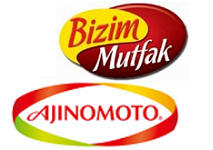 International seasoning and food firm Ajinomoto has announced it will acquire Turkish food manufacturer Orgen, including the Bizim Mutfak brand, to strengthen and expand its business in Turkey.

Ajinomoto is set to acquire all outstanding shares for 220 million TRY ($66.2 million) by March 2017, including the four main business sectors of stock, powder soup, cooking sauce and powder desserts, all of which come under the Bizim Mutfak brand. Orgen is 51% owned by the Turkish conglomerate Yildiz.

The Japanese firm noted that Turkey had been experiencing a period of steady economic growth, combined with favourable demographics including a sizeable proportion of younger consumers and increasing numbers of female workers, pushing demand for convenient seasonings and sauces. As well as strengthening its business in Turkey, Ajinomoto said it expected to use the country as a platform for business expansion within the Middle East.

The seasonings giant has been busy expanding its international business in recent times, most recently investing $532 million to acquire a stake in South African firm Promasidor. In 2013, the firm also acquired 50% of the shares in food brand Kukre, through which it has been expanding its business in Turkey.