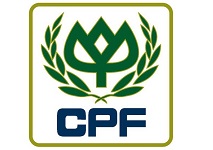 Thailand-based food giant CP Foods has announced an investment of  700 million THB ($20 million) to build a new plant in Wang Noi, Thailand, according to a report in Undercurrent News.

The new facility will reportedly specialize in manufacturing meal soups, producing 70,000 tons a day. “The elderly, sick persons, and vegetarians” are described as the target market for the product.

“Our key challenge lies in the fact that Thailand and several countries on earth are becoming aging societies […]”, said CP Foods CEO Adirek Sripratak. “CP Foods must strive for the production of nutritious, safe and uncontaminated food and production innovation”. The company added that it would ensure the delivery of products with “convenience and nutritious values”.

The new plant will start production by mid 2017 and is expected to bring an extra 1.2 billion THB ($34 million) in revenue to the firm.