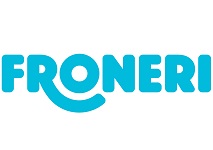 Swiss food multinational Nestle and UK-based ice cream maker R&R have formally announced that a joint venture agreement between the two companies has now been agreed.

Speculation about a deal between Nestle and R&R first emerged last October, when it was reported that the two firms were in talks over a 50/50 joint venture involving Nestle’s business in Europe and other markets.

Announcing the move in a statement, Nestle said that the new company would have its headquarters in the UK and would comprise the ice cream business of both Nestle and R&R in more than 20 countries across Europe and the Middle East, in addition to Argentina, Brazil and South Africa. The venture will also include most of Nestle’s European frozen food business (except for pizza and retail frozen food in Italy) and also its chilled dairy business in the Philippines, the company added.

Commenting on the deal, Nestle CEO Paul Bulcke said: “This is an exciting growth opportunity in a dynamic category. Froneri will capitalise on complementary strengths and innovation expertise, combining Nestlé’s strong and successful brands and experience in ‘out-of-home’ distribution with R&R’s competitive manufacturing model and significant presence in retail”.