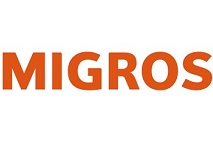 Swiss cooperative Migros is entering the race for stores in the German Kaiser’s-Tengelmann supermarket chain, which have recently been put up for sale.

Migros is already present in Germany through the supermarket chain Tegut and is now seeking to purchase 130 Kaiser’s-Tengelmann stores to expand its reach in the country. Speaking to the Swiss magazine Blick, Jörg Blunschi, Migros managing director, said the purchase of the stores in Bavaria would be an ideal means of expanding the Tegut brand from Hessen, Thuringen and the north of Bavaria to the south of Germany.

The Tengelmann Group has been seeking to dispose of its grocery business since last October, and initially intended to sell 451 stores to rival Edeka. However the takeover did not gain approval from German competition authorities

Migros has already filed for permission for the partial takeover with the relevant competition authorities and a final decision is expected by the end of August.