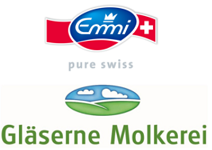 Swiss dairy products manufacturer Emmi has announced that it has acquired the entirety of German organic milk processor Glaserne Molkerei for an undisclosed sum.

Emmi initially entered into a partnership with Glaserne Molkerei in 2012, when it acquired 24% of the German company’s shares, a holding which increased to 76% in 2014.

Founded in 2001, Glaserne Molkerei is an organic milk processor based in northeast Germany, offering a range of milk, cheese and other dairy products. It processes approximately 120 million litres of milk and generates sales of just under €100 million ($110 million).

In relation to the deal, Emmi CEO Urs Riedener said: “Natural, sustainably manufactured products are a major trend in the dairy business, which Emmi wants to take even better account of in the future. In Gläserne Molkerei we have a very strong niche company that offers lots of potential for the future”.