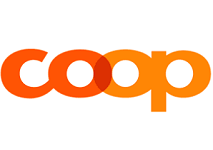 In a move that is aimed at competing with e-commerce services Amazon and Migros’s Galaxus, Swiss supermarket chain Coop is set to launch a new online sales platform in Switzerland next year, according to a report in 20 Minuten.

Sources state that Coop, which is working on the new venture in partnership with telecommunications firm Swisscom, would look to sell both food and non-food products via the platform, focusing in particular on its own range of products. The scheme is set first to be tested in a single region in November 2015, before being rolled out across the whole of Switzerland during 2016.

According to the Tages Anzeiger, Coop has founded a company called Athos Commerce and has also secured the domain name www.athos.ch, although the company denied that the platform would be launched under that name.

As with Amazon and Galaxus, the site would list products directly marketed by Coop but also some products from third party suppliers, 20 Minuten reports.