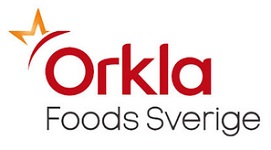 According to media reports, Orkla Foods Sverige is switching bottle production for the Felix brand of ketchup from the UK to its Fagelmara factory in the Blekinge region in Sweden.

The company had previously purchased its bottles and caps from the UK, but now both components are to be manufactured and purchased in Sweden. Orkla claims this will reduce carbon dioxide emissions from transporting bottles to the factory by more than 90%.

“The change to Fagelmara not only makes us proud of our production facility but also means a lot for the district. In addition, we are even more happy that we are doing a really good thing for the environment,” the company’s site manager Bill Wigren said.

Orkla Foods Sverige was formed in 2013 from the merger of three of Sweden’s largest food companies – Abba Seafood, Frodinge Dairy and Procordia.