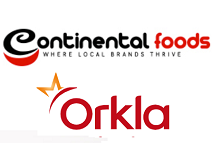 Orkla has announced that it has disposed of its Mrs Cheng’s  brand, selling the business to Continental Foods for an undisclosed sum.

The Mrs Cheng’s brand, which has a product portfolio of soy sauces and Thai casserole bases in Sweden, became a part of Orkla through the acquisition of Rieber & Son in 2013 and had net sales of 23.5 million SEK ($2.56 million) in 2017.

Commenting on the deal, Orkla Foods Sverige CEO Henrik Julin said: “We are very pleased that Continental Foods has chosen to include the Mrs. Cheng’s brand and its great products into its portfolio. The brand complements their product range nicely and will continue to delight Swedish consumers going forward”.

The deal with Continental Foods, a European food company with operations in Belgium, Finland, France, Germany, and Sweden, was concluded on 4th December.