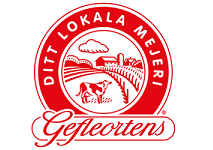 Arla, the Danish milk processor, is to shut its Gefleortens business in Sweden, according to a FoodBev report, in a further sign of the pressures facing the global dairy sector.

Gefleortens, which Arla acquired in 2017, is based in Gavle, north of Stockholm, and produces a range of dairy products including milk, cream and yoghurt.

Arla reportedly cited increased competition as a reason for its decision, in addition to increased growing for specialized products such as lactose-free, which it said Gefleortens could not offer.

The firm was not able to increase sales despite carrying out an efficiency programme, Arla is also quoted as saying.

While Gefleortens’ manufacturing unit is set to close, the brand will be retained and produced in another factory using milk from different farms, Arla added.