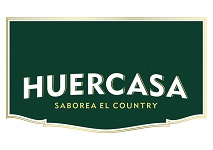 Huercasa, a Spanish producer and trader of processed, ready-to-eat products, is planning to open a new factory in Romania to supply products to its operations in Germany, Poland and other Eastern Europe markets.

The new plant is being built on a 200,000 sq m plot in Calarasi, in the Valaquia region, 150km from the Romanian capital Bucharest. According to Diario de Valladolid, the planned spend is in the order of €3 million ($3.4 million).

The investment will reportedly see around 50 jobs created. Huercasa said that the new facility would focus largely on the production of organic products.

The owner of the shares of the Romanian company will be Desarrollos Industriales Amice, which controls 75.6% of Huercasa. The new Calarasi plant will add to existing sites operated by Huercasa in Valsain and Sanchonuno in Spain.