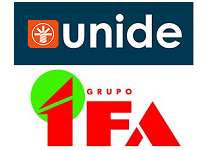 Unide, a cooperative distribution company with retail outlets across Spain, is to merge with Grupo IFA, a grouping of 33 affiliate retail companies.

IFA Group has over 62,000 employees and generates €10,315 million ($12,796 million)  in annual sales. The merger of the two organisations will create a combined entity with a total approaching 5,500 outlets.

Unide has itself been embarking on expansion over the past year. During the course of 2014 the cooperative opened 35 new branches across the country, 19 operating under the Udaco name, generating a total of 138 new jobs.