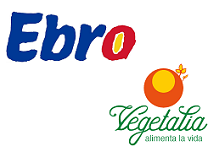 Spanish manufacturer Ebro Foods has announced that it is pushing further into the natural and organic space with the acquisition of the Italian food and drinks firm Vegetalia for €15 million ($16 million).

Founded by Salvador Sala Druguet in 1986, Vegetalia  is engaged in the preparation and distribution of a broad range of organic food products and is described by Ebro Foods as a pioneer in the manufacturing of vegetable protein. It sells around 1,500 products a year, including fresh and dry organic food, organic drinks and diet food. In 2016 it posted annual turnover of €11.5 million ($12.3 million).

The acquisition of Vegetalia comes less than a year after Ebro Foods’ previous expansion in the organic space. In early 2016, it announced that it was buying the French organic firm Celnat, a producer of cereal-based goods and other food products. The move also marks a further step for the company into the Italian market, having acquired a majority stake in pasta firm Pastificio Lucio Garofalo in 2014.

In a statement, Ebro Foods said the acquisition of Vegetalia would increase its market share in organic food and also demonstrated its “interest in investing in the Spanish food industry”.