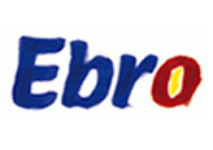 Ebro Foods, the multinational Spanish foods firm, is constructing a new factory in Spain to boost its production of convenience foods, according to a report in ABC De Sevilla.

The new €70 million ($79 million) plant, to be located in the La Rinconanda municipality of Seville, is described as being the largest plant in the world for rice, ready meals and other convenience foods sold in pots. The factory will occupy a site of 120,000 sq m and will become a hub for Ebro Foods’ value added products.

According to ABC De Sevilla, the new plant is intended to cater for growing demand, especially among younger consumers, for convenience and health oriented products.

The new La Rinconda “megafactory” is set to open its doors in the middle of 2020.