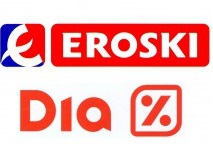 Spanish supermarket chains Dia and Eroski have announced that they are to form a new purchasing alliance “with a view to driving efficiency gains and offering shoppers the best prices on the market by enhancing their bargaining power”.

The alliance between the two retailers, which together operate nearly 6,000 stores across Spain, is reportedly aimed at improving purchasing conditions in negotiations with national and international large-scale suppliers.

According to Dia, the cooperation excludes fresh produce and small local suppliers, and both groups will continue to pursue independent sales policies.

The move from Dia follows a similar agreement reached with French chain Intermarche to cooperate on purchasing in Portgual.

Earlier this year, Dia announced the purchase of 144 stores from Eroski for €135 million ($150 million).