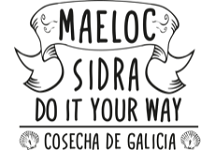 Customdrinks, part of the Hijos de Rivera group, has expanded its Maeloc cider range in Spain with the launch of Maeloc Sin, a new alcohol-free cider that is sweetened with stevia.

The aroma of the drink is described as featuring hints of apple compote while its taste is said to to be simultaneously sweet, sour and refreshing.  Golden yellow in colour, it is also said to feature fine bubbles.

The launch of Maeloc Sin follows other recent extensions to the Maeloc range including pear, blackberry and strawberry varieties. All of the products in the Maeloc line-up are said to be made from apples cultivated by over 1,000 growers in the Galicia region of Spain and crafted according to traditional methods.

Maeloc Sin is being made available in 75cl champagne-style bottles.