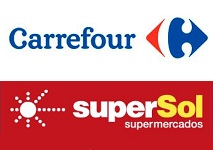 Global retail giant Carrefour has announced the acquisition of 172 convenience stores and supermarkets from the Spanish retail chain Supersol.

The stores involved in the transaction are located mainly in Andalusia and the Madrid region, and have an enterprise value of €78 million ($93 million).

According to sources, the acquisition will allow Carrefour to strengthen its position as the number two retailer in the country, improving its sales density, and optimising its cost structure. The company said it intended to covert the acquired stores into convenience and supermarket formats, including under its discount retail banner Supeco.

The transaction is subject to customary approvals and is expected to close in the first quarter of 2021.