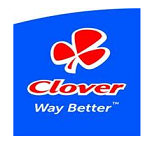 South African food manufacturer Clover Industries is to expand capacity for dairy production with the launch of a new 65 million (ZAR $5.9million) yoghurt production line at its plant in Bloemfontein, according to a report in FastMoving.

The move was triggered by Clover’s dairy facility – acquired from DairyBelle earlier in the year – running out of capacity earlier than expected; according to FastMoving, Clover had expected the plant to meet demand for two years.

Commenting on the move, Clover CEO Johann Vorster said that: “We are undersupplying the market by about 60%-70%, with the launch going much better than anticipated”. He also added that the company was working on finding new third parties to distribute for, but “we would ideally like to keep that distribution capacity for ourselves so that we can grow into it”.

FastMoving also adds that Clover is looking to step up its dairy presence through the launch of a new range of products this year,  including a Classic yoghurt range, DairyBelle’s Fruits of the Forest brand, desserts imported from Italy and custards.