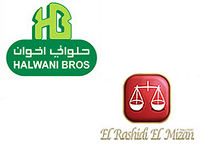 The deal will reportedly be financed partly from the company’s own funds and partly through an Islamic financing facility. No further financial details about the offer have been disclosed.

Qalaa Holdings announced in February that it was planning to divest its key food businesses Dina Farms and Rashidi El-Mizan, which have an estimated value of $300 million.

El Rashidi El-Mizan has 59% and 68% market share in the halawa and tahina segments respectively, as well as a 15% share of the national jam market, according to sources.