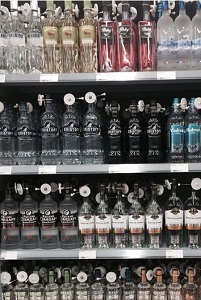 The Russian government has announced new regulations which for the first time will provide a statutory definition for the size of bottled alcoholic beverages. Under the new regulation, it will become illegal to sell alcoholic drinks that do not conform to prescribed measurements.

According to the terms of the regulation, manufacturers will no longer be permitted to sell alcohol in bottles of more than 375ml but less than 500ml. For example, the wording of “up to 0.5 litres of vodka” will now have to be replaced with the exact measurements.

The new restrictions are aimed at strengthening state regulation of alcohol distribution, with an emphasis on reducing the illegal production and trafficking of strong alcoholic beverages.

Alcoholic beverage companies will have until the end of 2014 to comply with the regulations, it is reported.