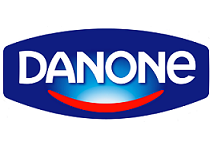 Danone is set to close two of its production plants in the Volga and Siberia regions of Russia as part of a process of production optimization, according to reports in Dairy Reporter.

By March 2016 the plants are set to be closed, with production moved from Tomsk to alternative facilities in Kemerovo and Krasnoyarsk, and from Cheboksary to plants in Samara, Saransk and Kazan. According to Dairy Reporter, Danone said that low profitability coupled with declining sales volumes meant that it would not be viable to make the investments needed to upgrade the facilities.

The process will reportedly see the loss of around 300 jobs, although Danone stated that neither the total amount of raw milk purchased nor the volume of finished products distributed to neighbouring regions would be affected by the move.

The closures from part of a wider programme of investments, first announced by Danone in 2012, that will see the firm invest up to $700 million to upgrade facilities across Russia by 2017.