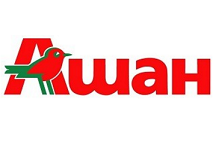 Supermarket chain Auchan is set to make an investment of €195 million ($210 million) in 2016 to develop its presence in Russia, according to a report in International Supermarket News.

According to the news agency report, the bulk of the investment is set to be focused on the development of a distribution network, which would enable the retailer to open 10 new Auchan City stores and 40 stores under the Atak banner. The company is also said to have earmarked funds for a new meat processing unit in Tambov and a warehouse in the Moscow region.

International Supermarket News notes that Auchan’s latest plans comes on the back of a €138 million ($149 million) investment the firm made in Russia in 2015, as part of plans to expand in Eastern Europe.

According to company figures from June 2015, Auchan’s current Russian operations include 88 hypermarkets, 152 Atak supermarkets and 35 other shopping centres.