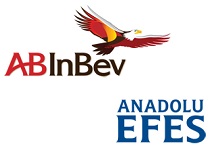 Global beer giant AB InBev has announced that it is merging operations in Russia and Ukraine with Turkish brewer Anadolu Efes.

Reuters reports that the two companies are seeking to strengthen their position in a declining beer market, with sales having dipped following increasing regulation and taxes imposed by the Russian government.

The announcement of the non-binding agreement follows AB InBev’s acquisition of a 24% stake in Anadolu Efes as part of the company’s combination with SABMiller, which completed in October 2016.

Tuncay Ozilhan, chairman of Anadolu Group and Anadolu Efes, will be the chairman of the new company but both brewers will have equal representation on the board.

Carlos Brito, CEO of AB InBev, said: “Today’s announcement is a significant step in furthering the strategic partnership of AB InBev and Anadolu Efes and we look forward to a successful combination delivering a broader range of beer choices to consumers in both Russia and Ukraine”.

The transaction is expected to be completed by the first semester of 2018. Terms of the deal were not disclosed.