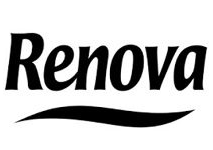 Portuguese household paper manufacturer Renova has announced an investment of €36 million ($38 million) in order to bolster its production capacity.

According to Economia Online, the company has installed new machinery that will increase annual production by 50%, nearly doubling the company’s exports by 2021.

Renova president Paulo Pereira da Silva said that the new line of paper – used in napkins and facial tissues, among other products – would allow the production of 35,000 to 40,000 tons per year of an “innovative”, “4G” paper that incorporates “memory” technology.

According to the company, a total of €50 million ($53 million) has been invested in its production facilities over the last two years, in order to increase automation and efficency and maintain competitive pricing.