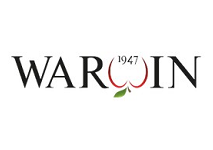 The cider category is booming in Poland, with one of the country’s major cider players reporting a huge increase in sales in the first few months of 2014.

Warwin SA, the owner of the Warka Cider brand, has reported that it sold more cider between the months of January and April 2014 than in the whole of 2013 and says its sales are still growing.

In an interview with Portal Spozywczy, company CEO Tomasz Izewski said that the growth in cider sales was not only the result of its increased popularity but was also down to cooperation with retailers including Auchan, Polomarket and Kaufland, where Warka Cider is the only cider sold. The company is also debuting its product in Tesco and also has plans to cooperate with Biedronka, another large retailer.

Warwin SA is one of the largest producers of wine and fruit concentrates in Poland, with a company history dating back almost 70 years. The company launched its cider brand in the spring of 2013 and is now one of the country’s leading cider producers.