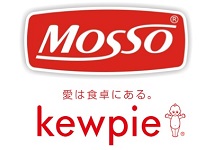 As a result of the acquisition, the firm will now be called Mosso Kewpie Poland, a name that is currently undergoing registration.

Mosso Kwasniewscy is reportedly the fourth leading player in the mayonnaise industry in Poland, and also produces table sauces such as ketchup and mustard as well as preserved vegetables and oils.

In recent times, Kewpie has been focusing on overseas expansion, including entering the USA mayonnaise market in May 2016 via its subsidiary Q&B Foods. The firm also established a new company called Kewpie Trading Europe in August 2015 to strengthen manufacturing and distribution in western Europe. Its latest acquisition is set to give the firm a platform to additionally expand in eastern European countries.