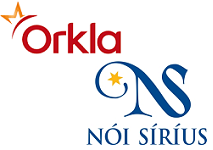 Orkla, the Scandinavian consumer goods giant, has announced it has signed an agreement to take a 20% stake in Noi-Sirius, described as Iceland’s leading chocolate and confectionery manufacturer.

Established in 1920 and with about 150 employees, Noi Sirius markets chocolate brands such as Sirius, Noa Konfekt, Noa Kropp, Noa Paskaegg and Konsum. While over 70% of the company’s turnover is generated in its domestic market, a growing percentage of its revenue is said to come from export and tax-free sales.

Orkla already operates in Iceland through the partly owned company Dragsbaek, which is part of the Orkla Food Ingredients division. Orkla also markets brands such as Toro, Grandiosa, KiMs, OLW and Jordan in Iceland.

Commenting on the move, Jeanette Hauan Fladby, Orkla executive vice president and CEO of Orkla Confectionery & Snacks, said: “Noi Sirius holds a unique position in Iceland and is a good fit with Orkla’s portfolio of leading brands. Chocolate, snacks and confectionery are showing good growth and are core categories for Orkla. We see a potential for creating value by utilising the companies’ strengths across markets, improving production efficiency and building on our position in Iceland, which is a growth market”.