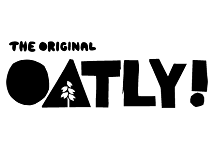 Oatly, the Scandinavian firm behind the namesake dairy-alternative milk, is opening its first new factory outside Sweden with an investment in a new plant in Vlissingen, Netherlands, according to a report in AD.

The factory, which is designed to meet increased demand for the company’s oat-based goods, will employ 15 staff and produce 120 million litres of Oatly products per year.

Commenting on the launch, Oatly spokesperson Fredrik Gustavsson said: “We have seen demand grow for our plant-based alternatives in the Netherlands and the surrounding areas. Vlissingen is the perfect production location to enable us to meet this growing demand in a sustainable way”.

The new site will reportedly also contain a logistics operation and will have excess capacity, allowing for the development of new product lines.

Founded in the 1990s, Oatly is headquartered in Malmo, Sweden and also has a production & development centre in Landskrona. The Oatly brand is available in more than 20 countries throughout Europe and Asia.