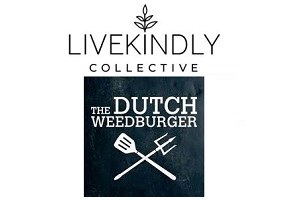 Livekindly Collective, described as an activist network focused on meat-free foods, is set to acquire The Dutch Weed Burger, a Netherlands-based company that uses seaweed to make plant-based meat alternatives, according to a FoodBev report.

Founded in 2019, The Dutch Weed Burger offers a wide variety of plant-based foods enriched with algae and microalgae, such as Weed Burger, Weed Balls, Weed Dogg, Seawharma and Nuggets. The firm, whose products are said to be available direct-to-consumer and in restaurants, as well as through supermarkets such as Albert Heijn, said it hoped to use its new investment to expand internationally.

The seaweed used in The Dutch Weed Burger’s products is described as being cultivated using minimal fresh water and no agricultural land.

The Dutch Weed Burger will join other plant-based brands in Livekindly’s portfolio, including Oumph!, The Fry Family Food Co., LikeMeat and No Meat.

Commenting on the deal, The Dutch Weed Burger founder Mark Kulsdom said: “We are so excited to join these driven, experienced and passionate leaders who are going to help scale our brand and change the food culture around the globe”.

Kees Kruythoff, CEO and chairman of Livekindly Collective, added: “With the addition of The Dutch Weed Burger, we expand the types of plant-based protein we can offer our consumers in more than 40 countries and accelerate our mission to make plant-based living the new norm”.