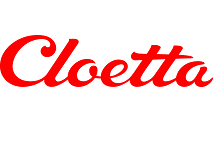 Cloetta, the Swedish confectionery firm, has announced that it is considering the closure of its Lonka factory in Dieren, Netherlands, as it looks to rationalize its production base.

Cloetta cited “a highly competitive market” as factor in the proposed closure, which would see production shift to the firm’s plant in Levice, Slovakia. That site would be extended as part of the transfer, Cloetta added.

The Dieren site is one of two operated by Lonka prior to the aquisition by Cloetta. Along with Dieren, Lonka’s fudge, nougat and chocolate products are manufactured at a facility in Roosendaal, also in the Netherlands.

Cloetta said that the proposed closure of the factory and transfer of production would give rise to one-off costs and capital investments totalling approximately 120 million SEK ($13.7 million) but that insourcing of production and synergies in administration, sales and procurement from the acquisition of Lonka would generate savings of at least 35 million SEK ($4.0 million) on an annual basis.