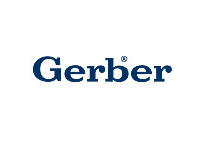 Nestle Mexico has announced its intention to reduce the quantity of salt and sugar in its Gerber baby food, Enfasis Alimentacion reports.

The move is part of the campaign “United by Healthy Children” designed to emphasize the company’s commitment to healthy eating . The measure will affect around 100 baby food items in the coming months.

According to Mario Vega, Nestle Mexico’s vice president of communications, the Gerber line will have 85% less added sugar and no added salt by the beginning of 2015. “This is a challenge as we need conduct research in order to make these changes without impacting flavour, something which could make the products less palatable to babies”.

Since the  beginning of 2014, high-calorie foods in Mexico have been affected by a tax which has led to an increase in prices. “This has only affected 15% of the portfolio of our sales”, Mr Vega continued. “Within that certainly some of our products have suffered, as prices have risen and consumers have not seen any increase their income”.