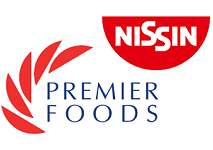 Announcing the deal in a statement, Premier Foods, which own brands such as Mr Kipling and Bisto, said that the Japanese company “understands and supports Premier’s ambitions”. As part of the move, Nissin Food has the option to appoint a non-executive director to the Premier Foods board on the condition that they retain a shareholding interest of above 15%.

The Premier Foods board had previously rebuffed an offer from American spice manufacturer McCormick at an indicative price of 60 pence per share, “reiterat[ing] the view that the […] proposal […] significantly undervalues the company and its prospects”.