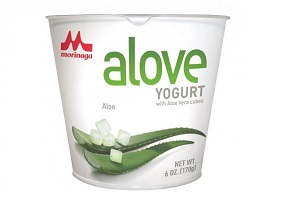 Japan based dairy maker Morinaga Milk Industry has announced that it will enter the yoghurt business in the USA. The launch is due to be made between July and September 2017 by working with a local contract manufacturer, and the company has set a sales goal for 2019 of $34 million.

The company estimates the yoghurt business in the US has big potential, although consumption is lower than that of Japan and Europe.

Morinaga will introduce Alove, a yoghurt featuring aloe vera cubes, as part of its US launch, anticipating that it will become “the pioneer of yoghurt with aloe vera” in the country.

The new single-pack aloe yoghurt will be available in three flavours of Original, Strawberry and Blueberry. Each will be presented in a pack of 170g (6 oz) and have a suggested retail price of around $1.00 and $1.50.

The company plans to use distribution channels through Morinaga Nutritional Foods, set up by the company in 1986 for the sale of long-life tofu products.