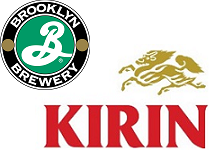 Kirin, the Japanese brewery firm, has announced that it has bought a minority share of 24.5% in the US based Brooklyn Brewery as a first step towards a business partnership between both companies.

Under the partnership, Kirin said it planned to further energize the craft beer market in Japan and Brazil while supporting the growth of the Brooklyn Brewery through technological and procurement assistance.

Both companies plan to establish the joint venture wherein Kirin will own 60% of the shares and Brooklyn Brewery will own 40%. The joint venture is expected to be set up in Japan in early 2017 when the companies will launch the Brooklyn brand, targeting it at younger consumers.

Future plans involve the companies expanding the Brooklyn brand into Brazil as well as the launching of a restaurant business, Kirin said.