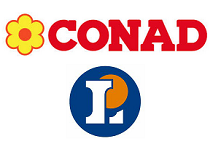 LSA is reporting that supermarket groups E. Leclerc and Conad are to terminate an agreement between the companies in Italy which has existed for more than 10 years.

According to a source close to LSA, the move would mean that all existing partnerships between the two retail groups would cease by the end of the year. As a result, Conad would lose the right to use the Leclerc name on its hypermarkets in Italy.

The reported move comes amid a shakeup to buying agreements among the major supermarket chains in Europe. In autumn 2013, Rewe, Colruyt and Coop Suisse left Coopernic, a pan-European buying venture created in 2006, centred around E. Leclerc, to form their own grouping known as Core. In the past few days, Conad has announced a new Italy-only alliance with the chain Finiper, which operates hypermarkets under the name Iper.

Meanwhile the original Coopernic grouping is also undergoing changes, with the Belgium-based retail chain Delhaize announcing in a statement that it will be joining a new-look  Coopernic alliance in 2015 alongside another Italian supermarket group, Coop Italia.