Italy: Esselunga sales up but profit down in 2013 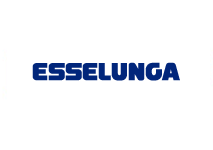 Esselunga, one of Italy’s largest retail grocery chains, has released its financial results for 2013, reporting takings up 1.7% compared to 2012. Total income for the year was €6,957 million ($9,596 million), according to the company’s financial statement.

Despite sales growth, however, EBITDA fell by 6.7% to €505 million ($696 million), while operating profit stood at €328 million ($452 million) compared to €367 million ($506million) in 2012. “The fall is due to the absorption of higher supplier costs and the increase in VAT which we did not transfer to our customers, thus affecting some of our operating costs”, the company said in a statement.

Distribuzione Moderna notes that the sales growth could be seen as significant given that Esselunga did not raise its prices over the period. Instead, retail prices have remained flat for the second consecutive year.

Italy: Esselunga sales up but profit down in 2013 - Gama