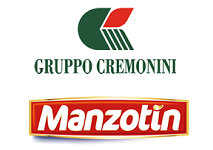 Cremonini, the Italian food manufacturer and distributor and Europe’s leading beef producer, is acquiring the traditional meat brand Manzotin from Generale Conserve, according to reports in European Supermarket Magazine and the Gazzetta di Modena.

In a statement, the two firms  said that “the change in ownership will help to enhance and optimise the respective integrated supply chains”.

The acquisition is being transacted through Cremonini’s Incalca unit and is expected to be completed by March.