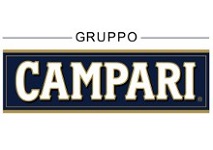 Campari, the global alcoholic drinks firm, has announced that it has agreed to sell Casoni Fabbricazione Liquori, an Italian company wholly owned by Fratelli Averna.

Casoni became part of Campari following the acquisition of Fratelli Averna in 2014. The firm, which specializes in private label alcoholic beverages and co-packaging activities, will be sold to a pool of local entrepreneurs for €5.3 million ($5.8 million), with the deal including production plants in Modena in Italy and Pribenik in Slovakia.

According to a company statement, the deal “underlines Gruppo Campari strategy of strengthening its focus on its core high-margin spirits business by streamlining its non-core businesses”, and follows disposals of other brands including Limoncetta in 2015 and Punch Barbieri in 2013.

The transaction is expected to be closed by the end of March 2016.