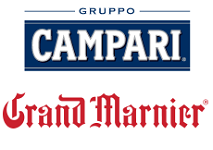 Italian spirits firm Campari is to acquire the worldwide distribution of the French orange-flavour cognac liqueur Grand Marnier, according to a Bloomberg article quoting “a person familiar with the process”.

Currently, global distribution of Grand Marnier is shared by a number of different firms, namely  champagne distiller Moet Hennessy and British spirits firm Diageo, along with several independent wholesalers, Bloomberg reports. According to Bloomberg’s source, Grand Marnier had been working with the financial advisory firm Rothschild to explore strategic options for the business, and there was potential for a deal to be announced shortly.

The Grand Marnier story goes back to 1880 when the “unique recipe” – blending the “five finest crus of the Cognac region” with macerated citrus peel and aromatic orange essence – was created by Louis-Alexandre Marnier Apostolle. The company generates about €140 million ($156 million) in annual sales, half of which is derived from the USA, Bloomberg reports.