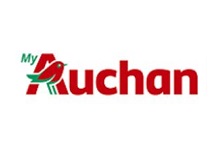 Auchan, the French grocery retailer, is selling the entirety of its Italian subsidiary Auchan Retail Italia to the local retail cooperative Conad, according to a Reuters report.

Commenting on the deal, an Auchan spokesperson is quoted as saying: “The business was in great difficulties. We are leaving to Conad a financial situation that will allow it to succeed with its acquisition project”.

The firm had announced in March it was conducting a review of loss-making markets including Italy and Vietnam. Last year it closed 23 unprofitable stores in Italy.

The deal, which excludes 33 non-franchised stores in Sicily, as well as the 50-strong Lillapois pharmacy chain, is subject to approval from Italy’s competition watchdog.