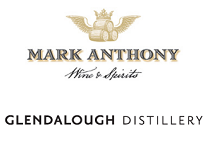 Mark Anthony, the Canadian wine and spirits firm, has bought a stake in Irish start-up Glendalough Distillery for €5.5 million ($6.1 million), according to a report in the Irish Independent.

Based in County Wicklow and promoted as “Ireland’s first craft distillery”, Glendalough Distillery produces a range of spirits including whiskey and poitin alongside “seasonal botanical” gins.  The company now sells its products to more than 15 countries including the US, which generates over 60% of its turnover, Food & Drink Business Europe reports.

According to the Irish Independent, Mark Anthony has paid €3.5 million to acquire new shares in Glendalough Distillery, alongside  €2 million to buy shares from existing shareholders. The stake is being acquired through the Canadian firm’s Dublin-based international export arm.

Mark Anthony is a wine, beer & spirits importer, distributing brands such as Peroni, Grolsch, Whyte & Mackay and Stolichnaya in the Canadian market.