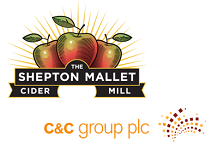 C&C Group, the company behind the Magner’s and Bulmer’s brands, is planning to cease the production of cider at its plant in Shepton Mallet, UK and to close a water-bottling facility in Borrisoleigh, Ireland, according to a report in the Irish Times.

According to the newspaper, operations have been under review for more than a year with the company indicating in previous financial statements that it was looking to make multi-million dollar cost savings.

The decision, unconfirmed by the company, is said to see cider production come to an end in Shepton Mallet, although fruit will continue to be pulped at the site before being subsequently shipped to Clonmel in Ireland, where the cider itself will be produced. Borrisoleigh is set to continue to operate as a warehouse and distribution centre.

The move comes afer a fall in C&C’s operating profit of 9.5% in the six months to September, and amid increasing competition from rivals such as Thatchers and Aspalls.