Indonesia: Cargill considers $1 billion investment over the next three years 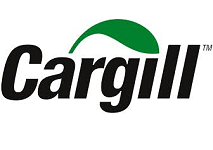 Cargill is looking to invest $1 billon in Indonesia over the next three years to  expand its palm business and enter the poultry sector, according to Reuters.

It is reported that Cargill, which is already present in Indonesia in the palm oil, cocoa and animal feed sectors, sees great potential in poultry production in the country.

“Japan is looking closely at Indonesian chicken and part of it is to replace volume that has fallen off from China through various industry issues that China has had”, Cargill CEO David MacLennan told reporters during a roundtable discussion. “That is a good place for us to play in Indonesia”.