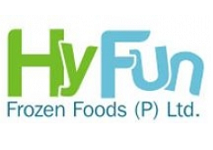 HyFun Foods, a venture launched by Indian potato and onion firm Asandas and Sons, has officially inaugurated a new potato processing facility at Ganeshpura, Mehsana, India, according to a report in FnB News.

The result of an investment of around 75 crore INR ($11 million), the new plant is spread over 12 acres and will produce a wide range of potato products including  french fries, burger patties, potato wedges and hash browns, in addition to potato-based snacks. Further products tailored to the Indian palate are also set to be developed, according to reports.

The facility, which is said to feature processing equipment from leading European suppliers, will reportedly cater for a growing demand for ready-to-eat and ready-to-cook products as a result of increased urbanisation in India.