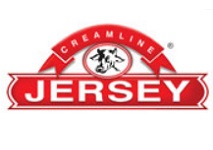 Creamline Dairy Products, a subsidiary of Godrej Agrovet (part of the Godrej group) and a dairy player in southern India, is investing 30 million crore ($4.5 million) to set up a new plant in Visakhapatnam, Andhra Pradesh, India to increase dairy production, according to a report in the Business Standard.

The company currently owns seven factories – two in Hyderabad and one each in Madanapalli, Vijayawada, Karnataka and Nagpur – producing 1 million litres of milk a day. When the new plant begins operation in nine months, it is expected to add production capacity of 100,000 litres per day, according to Creamline CEO P Gopalakrishnan.

In parallel with news of the facility, Creamline has also announced the launch of a new product called Enrich D, under the brand name Jersey, which is described as “a homogenised and pasteurised milk fortified with Vitamin D”. The company is currently in the process of scaling up its business across various categories on the back of 25-30% year-on-year growth in the industry, Mr Gopalakrishnan added.