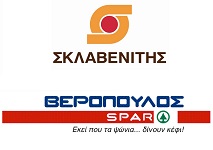 Sklavenitis, a major Greek supermarket chain, is to acquire 60% stake of Veropoulos, a national competitor which holds the Spar retail franchise for Greece, according to a report in Kathimerini.

Sklavenitis is the third largest chain in Greece and has 110 stores mostly in the Athens area. Veropoulos operates 185 stores with an especially large presence outside the Greek capital.

According to Kathimerini, the combined entitity will create a major new retail player with an annual turnover of €2 billion ($2.1 billion).

Sklavenitis has been focusing on acquisition as a means of expansion in recent times. In November 2014 it signed an agreement for the acquisition of MAKRO Cash & Carry Greece in a deal worth €65 million ($70 million), subject to a merger control clearance. This was followed in January 2015 by the purchase of a 60% equity stake of Halkiadakis SA from Veropoulous Group in Crete.