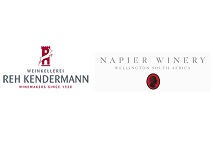 Reh Kendermann, the wine firm behind brands such as Black Tower and Kendermanns, has announced that it has acquired the South African firm Napier Winery.

In a statement, the German company said that Napier Winery was known for its “outstanding and nuanced” wines, and that the deal would enable Reh Kendermann to “build its expertise in the premium segment”.

Napier Winery predominantly produces red wines from its 150 hectare site near Welllington, South Africa. Founded in 1989, it is said to focus on the grape varieties Cabernet Sauvignon, Merlot, Shiraz, Cabernet Franc and Malbec with a philosophy of bringing French style to new world wines. The firm’s brands include the mid-range Lion Creek brand and the premium label Napier Single Vineyard.

Commenting on the deal, Reh Kendermann CEO Alexander Rittlinger said: “We were greatly excited by the style of these wines. They have an independent profile that will enhance our South African portfolio, and they offer great growth potential”.