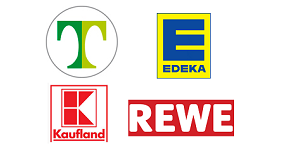 Leading supermarket chain Kaufland has entered the race to acquire Tengelmann’s Kaiser’s Tengelmann stores, according to a report in Focus.

The move comes after competition authorities objected to a proposed takeover by the Edeka chain which was announced last October.  At the time, Tengelmann said that Edeka would be taking over both Kaiser’s retail outlets and the online subsidiary Tengelmann E-Stores GmbH, with the aim of integrating the business into the Edeka subsidiary Netto Marken-Discount.

In an interview with Tagesspiegel, a Kaufland spokesperson confirmed that the company had a “definite interest” in acquiring certain Kaiser’s and Tengelmann stores but declined to specify which. Along with discounter Lidl, Kaufland belongs to the Schwarz-Gruppe based in Neckarsulm.

Meanwihle, Focus reports that Rewe has also made its interest in the Kaiser’s Tengelmann chain public. However, it is reported that any takeover deal put forward by either Rewe or Kaufland would also risk falling foul of the concerns of the competition authorities.