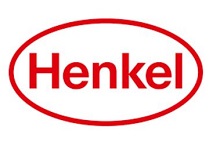 Henkel, the German household and personal care giant, has announced a year of “record” sales and earnings as it unveiled its results for 2016.

Adjusted for foreign exchange effects, sales grew by 7.1%. The positive effect from acquisitions and divestments amounted to 4.0%, mainly as a result of acquiring Sun Products, Henkel added.

Growth in Laundry & Home Care was ahead of Beauty Care, with the two units recording an increase in organic sales of 4.7% and 2.1% respectively. The company also pointed to 6.8% growth in emerging markets.

Meanwhile, Henkel also reported an 8.5% increase in operating profit to €3.172 billion ($3.35 billion).
Commenting on the results, Henkel CEO Hans Van Bylen said: “2016 was a very successful year for Henkel. In a challenging market environment, we achieved again new record levels for sales and earnings and met our financial targets for the fiscal year. We delivered a high quality of earnings. For the first time, we reached an adjusted operating profit of more than 3 billion euros”.