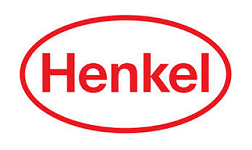 German personal care and household goods manufacturer Henkel has announced the opening of its largest completely automated warehouse, located at its head office in Dusseldorf, Germany.

The result of a €35 million ($45 million) investment, the new facility is described as covering the surface are of two football pitches and has storage capacity for  more than 25 million packs of washing and cleaning products.

Mr. Bruno Piacenza, head of Henkel’s Laundry & Home Care division which inaugurated the new facilities, commented: “The central warehouse is a part of a new logistics concept in our Laundry & Home Care division in Germany. Instead of four existing warehouses in different locations across Germany, now all warehouse logistics for washing and cleaning products are centred in Dusseldorf. This warehouse will serve not only Germany but also neighbouring countries”.

The new warehouse is located next to an existing production facility, allowing the products to be stored through a conveyor technique close to where they are manufactured, the company said.